Tourism in Portugal shows no signs of slowing according to the Portuguese Secretary of State for Tourism, Ana Mendes Godinho who says UK tourism receipts grew 15.3% in January.

The minister explained that looking at the tourism figures released by the National Statistics Institute on 5 April she was confident that growth dynamic in the tourism sector in Portugal would continue because the January figures showed a rise on hotel bookings and hotel receipts, with particular emphasis on the United Kingdom which grew 15.3%.
“The numbers that we have for January make us confident that this growth dynamic is set to continue” she said at the opening of the III National Convention of the ARAC (Portuguese Car Rental Association), quoting increases of 7.2% in the guest numbers and 8% in revenues, but highlight the data from the United Kingdom, one of Portugal’s most important source markets and which saw an increase of 15.3%.
“Particularly interesting is when looking at the figures for the United Kingdom for January and see that this is a market full of uncertainty (over Brexit) but which in January grew by 15.3% in revenues and also grew in terms of guest numbers and beds,” added Ana Mendes Godinho.
Despite the growth from the UK market, the Secretary of State for Tourism also highlighted increases in tourism numbers from the United States and China which grew 68% and 32% respectively. 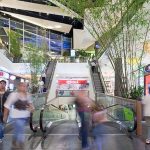 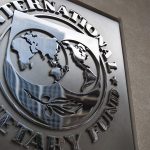 IMF cuts Portugal growth forecast to 1.7%Economy, News
This website uses cookies for a better browsing experience, in continuing browsing you're accepting their use. Read More