In the first quarter of 2019 Chinese investment from the Authorisation of Residency through Investment (Golden Visa) plummeted by 41%. 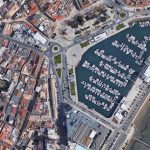 Housers to invest in new digs for Algarve universityNews, Original

Parque das Nações area will have new American schoolEconomy, News
This website uses cookies for a better browsing experience, in continuing browsing you're accepting their use. Read More