Portuguese airline TAP is to install a new flight simulator to train pilots at the Tires Aerodrome near Cascais.

The unit, which will begin operation from June, is the result of a partnership between the national carrier and Cascais Council.
In December last year Essential Business announced Cascais Council’s plan to set up a flight simulator training centre at Tires, creating a pilot training centre of excellence in the area for pilots from all over the world.
“The A320 Airbus simulator will be in operation from June and will enable TAP to meet its growing needs for trained pilots because of its expansion strategy with the purchase of new aircraft, the opening up of new routes and an increase in the number of passengers transported,” says the airline company in a communiqué.
TAP has also announced that since the beginning of 2018, 250 new pilots have been recruited which has “increased the need for training equipment” justifying the partnership which has been created with Cascais Council.
The Global Flight Simulator market is expected to grow 4.5% by 2028 with a current estimated value of US$6.18Bn now to US$ 7.54 by 2021.
Some of the key market manufacturer players include CAE Inc (Canada), L-3 Communications holdings, Inc. (US), FlightSafety International Inc (US), Thales Group (France), Boeing (US) and Rockwell Collins, Inc (US.) 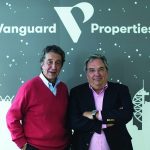 Trade between Spain and Portugal unaffected by political instability in MadridNews, Trade
This website uses cookies for a better browsing experience, in continuing browsing you're accepting their use. Read More