Web Summit, the largest technology and startup fair in the world, is contracting staff for its Lisbon office to deal with the expected 70,000 people at the event in November.

It is reinforcing its team in Lisbon with 16 new positions mostly in areas of management.
Since the entrepreneurship event began in 2010 when it attracted a few thousand delegates, attendance has soared year-on-year from 20,000 in 2014, 40,000 in 2015, 60,000 in 2017 and an expected 70,000+ in 2019.
“Our growing investment in Web Summit in Lisbon is a sign of our commitment as part of our 10-year partnership with Lisbon and Portugal,” says Paddy Cosgrove, co-founder and CEO of Web Summit.
“We can confirm at first hand just how active the entrepreneurial and technological ecosystem is right now in Portugal and we are excited to have been involved in this process and continue to be so,” Cosgrove adds.
Among the jobs available at the Lisbon office are vacancies in the operations, engineering, design, finances, human resources and data analysis, content and marketing areas.
Web Summit 2019 will run between 4-7 November in Lisbon at the Parque das Nações trade fairs venue site FIL (Feira Internacional de Lisboa) with around 70,000 participants from over 170 countries around the world.
It was announced at a press conference in October last year that an agreement had been signed between the Portuguese government and Lisbon City Council for Lisbon to host the event until 2028. 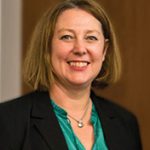 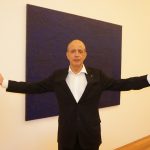 Portugal shocked over Berardo attitudeNews
This website uses cookies for a better browsing experience, in continuing browsing you're accepting their use. Read More