Banks have only paid €5.5Bn back to State

The State has only recovered around €5.3Bn from a total of €28.3Bn in capital funds lent to the Portuguese banking sector between 2007 and 2018 via the Resolution Fund.

According to the Bank of Portugal’s report on credit institutions that applied for public funds between 2007 and 2018 and which the central bank has published and handed to parliament, some cash grants have been paid back but the lion’s share of the money is still owing.
The only bank institutions in the document that have already paid back all the money granted by the State was BCP (€3Bn) and BPI (€1.5Bn), amounts regarding the subscription to Contingent Convertible Bonds (CoCos – bonds that are capital convertible) from June 2012.
In the case of Banif, the State clawed back €275 million from these CoCos and €136 million were paid back to the Resolution Fund.
As for Banco Privado Português (BPP) which received €450 million of public finds, the report did not reveal the outstanding amount but merely stated that: “to date there has been a significant recovery of the amounts made available in 2010” with the “expectation that the State will recover all the amounts granted.”
With regard to BPN, the State netted €40 million from the sale of the institution to BIC bank (now Eurobic) with the Portuguese State injecting €4.91Bn into the bank.
The Resolution Fund came out of the European Central Bank’s Single Resolution Fund (SRF) to finance the restructuring of failing credit institutions and was established in a intergovernmental agreement to resolve European banks facing serious difficulties as a result of the 2007-2012 banking crisis.
In Portugal it translated as The Resolution Fund – a national entity created to finance the application of resolution measures by the Bank of Portugal. Although resolution measures were financed by contributions from banks and financial institutions that are members of the Fund, in the case of the BES Resolution resulting from the collapse of the ES Group empire in 2014, the initial capital injection of €4.9Bn by the Fund to Novo Banco (created from BES) was financed from €3.9Bn from the Portuguese State to give one example.
Only this year Novo Banco applied for €850 million from the resolution fund to top up its capital ratios as part of the deal for the contingency capital mechanism agreed when 75% of the bank was sold to US vulture capital fund Lone Star. 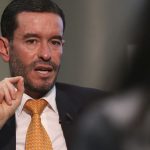 Montijo airport must go ahead now says TAP as it issues €50 million in investor sharesInfrastructure, News 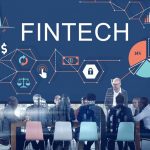 Younited Credit lends €10 million in Portugal.News
This website uses cookies for a better browsing experience, in continuing browsing you're accepting their use. Read More