A French fintech which entered the Portuguese market in 2018 has already lent €10 million in consumer credit to Portuguese families.

Younited Credit is a European digital credit concession platform which lends to private consumers and has, to date, lent to 1500 Portuguese families.
The credit company operates in France, Italy, and Spain in addition to Portugal exclusively online with the ambition to revolutionise the banking system and make it more balanced and transparent.
Since it was founded in 2011, the fintech has lent out over €1Bn in credit worldwide. It was founded in France in 2009 by Charles Egly with the goal of offering a transparent and competitive alternative to credit lending, making it quicker, simpler and more economic since its 100% online banking service eliminates fixed costs, waiting times and the costs associated with the traditional banking system.

Banks have only paid €5.5Bn back to StateBanks, News 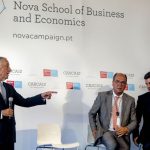