REITS – has Portugal missed the boat?

Real Estate Investment Trusts (REITS) may have arrived in Portugal too late according to a Portuguese law firm.

Marta Pontes, a partner of the firm Uría Menéndez – Proença de Carvalho, told a Lisbon conference, “This real estate investment instrument clearly arrived late.”
And the question on the table now is if REITS in Portugal will in fact fulfil their initial objectives outlined by the Minister of the Economy, Siza Vieira to “increase the supply of housing and, as a consequence, drive down house prices and make rents more accessible for the middle classes”.
REITS were only passed into law by the Portuguese Government in January this year after years of pressure and debate from Portuguese real estate sector insiders. They claimed Portugal had been missing out on attracting big property investment funds wanting to invest in Portuguese real estate assets for over a decade.
These REITS had proved profitable and successful in Spain for many years, sustaining the real estate sector and providing attractive returns for overseas investment funds. However, in Portugal the government vacillated for a decade, arguing over tax benefits, the legal framework, the rental laws and the risks associated with these investment vehicles.
They can be listed and traded on the stock market and are particularly useful for long-term rentals. They have the capacity to generate €10-15Bn.
After Portugal’s economic crisis of 2007-2014, house prices began to shoot up fuelled largely by tourism and overseas investment in the Portuguese property market.
“Prices only rise when there is demand for properties for sale and obviously when there are not enough properties to meet that increased demand, the prices will go up,” said Francisco Mendes Palma, Director of the International Department of Quintela & Penalva.
In Portugal where REITS are called SIGI and in Spain they are referred to as SOCIMI, the funds were made legal in 2018 to facilitate investment fund access to real estate assets.
“To date and since the legal regime for REITS was approved in Portugal we lost out a lot to Spain” said Marta Pontes during a panel “Real Estate and Tax: what has changed with REITS” at the Advocatus Summit 2019.
“I hope that we have not missed the best moment for the market” she added on the discussion panel which included Francisco Mendes Palma, director of the International Department of Quintela & Penalva, and Francisco Cunha Ferreira, partner at Uría Menéndez – Proença de Carvalho, who explained that “REITS were limited investment companies whose main objective was buying or holding a share in real estate assets enabling them at a later date to explore the assets economically either through renting or other economic means.”
REITS came from the United States in the 1970s and in Europe, particularly in Portugal, attention on these instruments has intensified because of the impact they have had on the Spanish real estate market.
Marta Pontes said that as they were a well known instrument used in other markets “they have been in much demand by investors for some time.”
The Advocatus Summit 2019 ran at the Universidade Católica Portuguesa on 28 May 2019 in Lisbon. 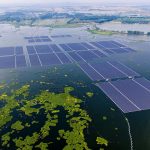 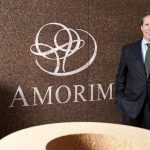 Amorim in 3.46% capital selloffCompanies, News
This website uses cookies for a better browsing experience, in continuing browsing you're accepting their use. Read More