A major shareholder in Portugal’s cork giant Corticeira Amorim is to sell 3.46% of the company’s capital.

Investmark Holdings, a Dutch company, will sell the 3.46% capital share in a private sale to institutional investors with the goal of offloading the company’s free float.
Public float or free float represents the portion of shares of a corporation that are in the hands of public investors as opposed to locked-in stock held by promoters, company officers, controlling-interest investors or governments.
Investmark Holdings which has 18,325,157 shares, representing 13.78% of Corticeira Amorim share capital informs that it has decided to launch a Private Sale of Shares representative of the share capital of Corticeira Amorim in that it intends to sell up to 4,600,000 shares representing up to 3.46% of the share capital of Corticeira Amorim”, stated the company in a communiqué sent to the Portuguese Securities Market Commission (CMVM).
The share in Corticeira Amorim is the only investment held indirectly by Investmark Holdings. It is the second time that the holding has been used by Amorim to increase the liquidity of its shares — in 2016 it mounted a similar operation.
“With the offer, the offeror company aims to contribute to reinforcing the level of dispersal of Corticeira Amorim capital share in order to meet the growing interest shown by investors, both national and international, thereby enabling the liquidity of the share and communicating a greater representativeness of the share on the PSI-20, in line with the contribution given by the aforementioned company to the Portuguese economy,” the statement added.
Amorim shares closed on Tuesday at €10.18 on the PSI-20 with a 0.78% devaluation on the previous session.
The dispersal operation will take place today (Wednesday) and the results will be released at a later date. JB Capital Markets will oversee the operation as sole book-runner. 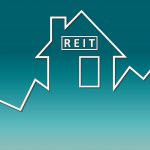 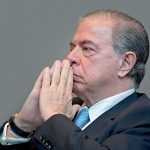 Pimco, Goldman Sachs and Novo Banco are largest BES creditorBanks, News
This website uses cookies for a better browsing experience, in continuing browsing you're accepting their use. Read More