Portugal has become an emerging and relevant European startup ecosystem hub. But high taxes, inflexible labour laws and limitations in the scope and quality of education are still constraints. With the recent slowdown, has Portugal’s startup community lost its sparkle?

It is incredible to think that the first seeds of BETA-i (Building the Innovation Ecosystem) were planted 10 years ago.
It has become one of the main innovation organisations in Europe, one with the intention of creating the first truly global and integrated ecosystem.
The goal was — and still is — to support the next generation of entrepreneurs and help organisations in their digital transformation process.
“Like in any long-term ecosystem development we knew it would be a long journey and we would have to be led by engineers in a collaborative and inclusive way,” says Pedro Rocha Vieira, co-founder and CEO of BETA-i at the Lisbon Investment Summit on Thursday.
“In the last 10 years the world has changed in a radical way. Back then Netflix and Spotify were niche and exotic products and Silicon Valley was still the undisputed centre of the startup world.
“In the next 10 years change will take place at an even faster pace, innovation and integration will play a critical role. Exponential technology will disrupt most industries and the way in which we work and live will change in a radical way with a growing demand for new skills and competencies” he predicts.
Rocha Vieira believes healthcare and biotech will enhance the way humans perform while data, IT and computation will be embedded everywhere.
Asia will most likely become the centre of the world while Africa and Latin America will grow exponentially and the US and Europe will struggle to keep their place in the world.
“It is still unclear who will be the leaders in this fast-changing future, I believe that we need a new paradigm of cooperation and collaboration” he opined.
Rocha Vieira says Portugal and its startup ecosystem needs to “focus on its collective energy and create solutions for collective challenges.
“We need new ways of governance and collaborative business models. It is crucial to find ways of diminishing inequalities, to nurture a new conscience and design happier and more balanced lifestyle” he adds.
In this he thinks that Europe can play a role in becoming a ground-floor to attract and embrace this global creative class with a new awareness. “Europe can be the honest broker of the world, leveraging on its heritage to redesign a truly sustainable society, driven by universal human values and a deeper sense of community”.

Portugal – an emerging innovation hub
At the centre of this revolution is Venture Capital, Corporate Innovation and Startups which need to be fed it in the best way possible.
“Portugal has become an emerging and relevant innovation hub with steady growth over the past few years” says Rocha Vieira.
“But recently, we’ve seen some slowdown, so we had better refocus on the key ingredients that are the foundations of any fundamental information ecosystem,” he warned.

Talent
The BETA-i founder believes that Portugal has great talent which has been one of the driving forces of the ecosystem, but that to succeed in the next level more is required.
“We need a profound adjustment in the universities to meet market demands, more flexible labour laws and more diversity” he says stressing the need for top talent and expertise and better ways of training and education” he says.

Density
Portugal has a good density of communication infrastructure and events, many hubs and lots of media attention and has seen a lot of startups fail and thousands of them grow.
“We knew that we had a great country and a great city to accommodate an ecosystem. An ecosystem that has bloomed” he recalls.
“In the last few years alone, we saw the birth of two new Portuguese unicorns (OutSystems and Talkdesk), proving that potential problems of scale from the country’s small size can be overcome by our ambition and drive.
“However we need to have more scaleups and seasoned entrepreneurs as well as keeping the flow of new startups which require more top majors and corporates engaging with the system” he continues.

Startups lose sparkle?
These days virtually all Portuguese know about startups and the Portuguese government has been very supportive. “We have good examples of entrepreneurs, lots of success stories and working at a startup is a common thing now” Rocha Vieira observes.
In Portugal, the startup boom was strongly connected to the economic crisis of 2007-2014 and as the economy has grown stronger, the startup boom has “lost some of its sparkle”. More recently, Portugal has lost some relevant position in global competitive rankings.
Pedro Rocha Vieira attributes this to higher costs of living and high taxes — all reasons “we might not be quite so appealing as we used to be”.
“We need to keep up the momentum, and take more concrete measures to keep the entrepreneurship spirit alive. We have to deal better with failure and not to give in on the first signs of constraints” he stresses.

Capital
Portugal has never seen so much international investment coming into Portuguese startups as it has over the past few years.
But that needs to increase. And while there are several incentives for new funds and investment vehicles with the Government a strong partner in venture funds, Portugal needs more private professional investors, particularly cross-border investment.
“We need vertical and specialised investors to nurture the system, particularly active and relevant pre-seed and seed investors that can feed the ecosystem” says Rocha Vieira.
“Portugal also needs more investment rounds, new limited partners, incentives to invest in professional funds and government investment has to become more reliable and with faster decision making” the CEO of BETA-i concludes. 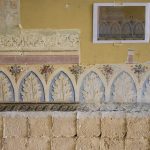 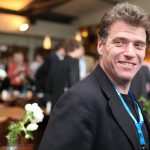 Fixing the future – The role of human agency in Portugal’s entrepreneurial renaissanceNews, Recommended
This website uses cookies for a better browsing experience, in continuing browsing you're accepting their use. Read More