The Portuguese unicorn Farfetch is to partner with Facebook in founding a new cryptocurrency called the Libra.

Farfetch, founded by José Neves, will be a founding partner according to the London newspaper Guardian and Portuguese Eco Online news source.
Facebook announced the creation of a digital currency called Libra this week and says it will allow its billions of users to make financial transactions across the globe in a move that could potentially shake up the world’s banking system.
Libra is being marketed as a means to connect people who do not have access to traditional banking platforms. With around 2.4 billion people using Facebook each month, Libra could be a financial game changer.
Technology to make transactions with Libra will be available as a standalone app as early as 2020, It will allow consumers to send money to each other as well as potentially pay for goods and services using the Facebook-backed digital currency instead of their local currency.
Farfetch will integrate with the Libra Association, working closely with companies like Uber, Visa and Spotify to launch the new currency in the first half of next year.
“The Libra Association will be responsible for operating and developing Libra Blockchain which will be secure, reliable and scalable and will support a raft of business uses just like a digital currency” says Farfetch founder José Neves
“Farfetch will be involved in the technical and architectural process and the operational development of the Libra Association as one of its founding members”, José Neves tells the Portuguese news agency.
However, with Facebook clashing with authorities over multiple privacy violations, the project is already being viewed with caution by financial regulators and privacy around the world as it currently faces a possible $5Bn fine from the US Federal Trade Commission which opened an investigation in response to the Cambridge Analytica scandal. 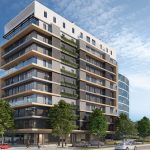 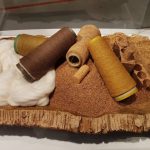 Cork-atex yarn by Sedacor wins Techtextil AwardCompanies, News
This website uses cookies for a better browsing experience, in continuing browsing you're accepting their use. Read More