One of Portugal’s most important luxury hotel groups has voiced concerns at the continued overcapacity of Lisbon’s international airport.

The Pestana Group states that Madeira and Lisbon are becoming difficult markets because of the difficulties that tourists have landing at these destinations.
José Theotónio, the CEO of the Pestana Group, says the problem is even worse for Lisbon because “the airport is completely full” and the airline companies “do not have the capacity to bring all of the tourists who want to come to Portugal.”
This situation is damaging the group’s revenues and if it weren’t for an increase in the number of hotels, there would have been a slight fall in this year’s results.
“Portugal is economically stabilising, which is no bad thing, because we’re enjoying the best years ever and stabilising at a high point is positive. But, in terms of resort destinations, we are having to deal with North Africa which are opening up” said Theotónio during the inauguration of the Pestana Plaza Mayor in Madrid.
In Madeira, where the national hotel chain is focused, the collapse of Germânia Airlines caused the destination to lose around 1,500 seats a week.
“The Germans today are finding it increasingly more difficult to get to Madeira. Germany was Madeira’s second most important market for tourists and even when they want to go, there are often not enough flights available,” he added.
But even more difficult than Madeira is Lisbon where there has been “an increase in supply, but we cannot increase demand because the airport is over full.”
“There’s the demand, but the airport doesn’t have the capacity to meet it” the Pestana CEO explained, adding that this was leading to delayed flights as there were simply not enough slots available and carriers were having to use larger aircraft with a greater passenger capacity to deal with the demand.
“We’ll probably manage to get better results than last year because we have more hotels, so through organic rather than market growth. If we had still had the same number of hotels, there would have been a fall of around 2% or 3%” the CEO told online news source ECO. 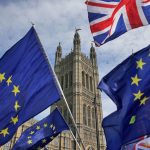 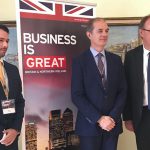 Portugal – the surprisingly savvy financial instruments market with sophisticated tradersNews
This website uses cookies for a better browsing experience, in continuing browsing you're accepting their use. Read More