Welcome to the Club!

GRI is a global club that brings together key players in the real estate and infrastructure sectors. Founded in 1998, it is strategically placed in over 20 countries with plans to expand to other markets. Portugal was the latest market in May, but Greece and Scandinavia are on the radar.

GRI is what Davos is to banking and Bilderberg is to geopolitics; it is exclusive, discreet and restrictive of who become members and what information is disclosed to the outside world.
Its selective and closed meetings are held in top five-star city hotels in key real estate markets around the globe and it is behind closed doors, in these luxury venues, that the real estate issues of the day are discussed, policies and strategies are forged and the foundations for multimillion euro deals are laid.
“We’re not the typical conference and we do have some rules and restrictions, particularly in markets like Germany, France and the UK where members like to be a little more private because of the type of discussions they have, decisions they take and the deals they make” says Thiago Alves, Portfolio Director for GRI Club.
Members, he says, like to keep things discreet, with most of the deliberations behind closed doors. On the other hand, Alves says market attitudes can “vary from country to country” and with the launch of the Portugal event he noticed “members quite liked the promotion” and “really liked talking more openly”.
The club operates in 20 countries and five offices around the world: two in Brazil (Campinas and São Paulo), one in Mexico, India, London (covering Europe) with local events in Spain, Portugal, Germany, Italy and Holland and is looking to penetrate other markets at present such as Greece where the focus is on Non-Performing Loans (NPLs). In Northern Europe it aims to expand its activities to Sweden and Norway.

Real estate sector events
While it covers real estate and infrastructure, GRI also focuses on specific segments in this broader group with many sector events already scheduled for the second half of 2019 including: GRI Logistics in Amsterdam (6-7 November), GRI Offices in London (19-20 November) and GRI Europe, Paris (11-12 September) — the latter for senior investors, lenders and developers operating in the European market — and GRI Residential Europe, London (26-27 November). And that’s just Europe!
There are strict restrictions on the media. In each country only three or four press entities — usually those focusing on business and real estate — gain entry, and for those lucky enough to get a keyhole peep into the meetings of the top movers and shakers in this industry and eavesdrop onto the conversations, it’s Chatham House Rules.
GRI’s latest expansion was in Portugal, where over two days in late May everybody who is anybody in the Portuguese real estate market (and some from Spain too) and the various representatives of funds, property-linked asset classes, banks, equity companies and the national representatives of multinational consultants descended on Lisbon to discuss how, after three years of boom, they could explore effectively a maturing market which still has potential for growth.
Regarding Portugal, GRI organises, in addition to the two-day events, about eight meetings in the different asset classes and had already held an investment cycle meeting with the Portuguese Embassy in London since a lot of investments are based in the UK capital.
GRI also held an advisory board meeting hosted by the JPS Group, which manages property assets, in an exclusive and closed event with just 17 members. A third meeting is planned for the end of August/beginning of September involving, among others, a Porto-based family office and Porto City Council at the city’s prestigious Palácio da Bolsa.

GRI Portugal launch motivated by Spain
“The reason why we entered Portugal – we had always covered Portugal through our Spanish GRI which has been running for several years and the Spanish market is so much bigger — was the demand and interest from players from Portugal at our Spain GRI event. The Portuguese always asked us when we were coming to Portugal or why we didn’t have a GRI event in Portugal” says Alves.
“To launch the GRI Club in Portugal, we needed support from the big international players because Portugal is dominated by these in the real estate market. They agreed that we should have a presence in Portugal and I did a scouting mission for one month in the country to test the waters and after getting a positive response, we decided to launch” he adds.
Since launching the first Portugal GRI in May, it already has 22 members signed up with these smaller meetings aimed at them and at signing other potential new members.
At the end of October, GRI is planning a further meeting in Lisbon focusing on student accommodation and other asset classes like residential and build-to-rent which are current trends.
“There are less opportunities in the latter areas and the projects that do exist seem very expensive and mostly aimed at affluent international buyers. Yet this is what the market wants, the international investors have a pool of cash in specific asset classes so they want to explore the Portuguese market and see what’s happening” says Alves.

Student housing, retail and hospitality
Alves says that after Portugal GRI there were three large international investors who announced that they would make new investments in the country in the wake of the event: the German investor Corestate Capital Advisors, the UK’s Round Hill Capital and the Spanish ASG.
“We are very much led by our investors, because if they are looking for some aspects of real estate for asset class investment they want to able to check first and use our platform to do that and we have a broad knowledge of hospitality, student housing and retail, all of which are quite big right now” says Alves who adds that these are the three asset classes that will be the focus, even though GRI will examine all the asset classes in Portugal, and particularly in Porto because it is a new market for a lot of overseas investors.
“Investors who come to Portugal tend to invest in Lisbon then they start to look elsewhere for opportunities” Alves says.
GRI makes its money through its open events and the club which is more select. Typical early bird fees advertised for the GRI two-day events are around €1,600 but vary from country to country. Members pay a fee to be part of the club with elements they get for free as part of the membership package for the 1,800 members worldwide. These club fees vary too, depending on the amount of commitment and level of access to services they require.
“It can go from €2,500 to €16,000 depending on the size and nature of the investor individual or company and their involvement” Alves admits.
In return, members get access to privileged information and contacts across the globe. “We are very strict who we work with. We can’t just sell membership to anyone who has the money. There is an approval committee made up of club insiders and they tell us who gets into the club and who doesn’t” explains Alves.
“We have had some people who believe they are top investors, but if they don’t get approval they don’t get in. It is very selective and sometimes we have to turn money away because they don’t get approved. At the end of the day we need to preserve the credibility and integrity of the club for its members” concludes Thiago Alves. 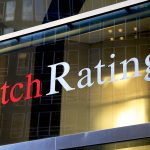 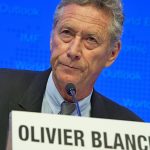 Portugal’s been “lucky” but for how long? asks IMF economistEconomy, News
This website uses cookies for a better browsing experience, in continuing browsing you're accepting their use. Read More