Makro is to open more cash-and-carry stores in Portugal as part of a general expansion plan.

The cash-and-carry wholesale retailer which sells in bulk to restaurants, cafés, hotels and other food establishments currently has 10 stores in Portugal and will open more at a yet to be defined date.
“I don’t see any reason not to open more stores” said Olaf Koch who is the CEO of the Dutch cash and carry chain in an interview with the Lusa news agency at the end of last week.
He added that before taking any decision the company had to see if existing capacity was sufficient to meet demand.
“If capacity is not keeping up with demand due to growth then, without a doubt, we will have to invest in new shops” said Olaf Koch who added that the location of any new stores would be the decision of the head of Makro Portugal, David Antunes.
David Antunes suggested the Serra da Estrela, Covilhã and Madeira areas of Portugal with Olaf Koch suggesting new stores could open up within the space of one year.
On the question of Makro’s investment in Portugal, Olaf Koch and David Antunes did not give amounts but said it would be investing in people and customer service quality.
In addition to taking on seasonal staff, the cash-and-carry has already taken on 225 contract staff since 2017. 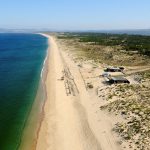 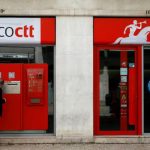 Mergers and acquisitions shakeup Portugal’s banking sectorBanks, News
This website uses cookies for a better browsing experience, in continuing browsing you're accepting their use. Read More