The average Lisbon salary is 39% higher than the national average or €450 greater per month.

This is according to data collected by Portugal’s Department of Social Security and pertains to the latest statistics available from 2017.
According to Jornal de Notícias which has published the data, the Greater Lisbon Area is the only region where the average basic private sector salary is greater than the national average.
Out of the 10 districts where salaries were the lowest, seven were in the north of Portugal.
According to data from Social Security, the average pay-packet of a private sector employee in Lisbon is €1294 — an amount that is €354 higher than the national average of €940.
But to this salary other sweeteners are added such as bonuses, subsidies and overtime payments and this makes the difference even starker: if with these the national average is €1,131, in Lisbon the amount climbs to €1,579 — €448.
At the other end of the spectrum, such as the districts in the North, the wages are much lower. Celorico de Basto (€640), Penedono (€645), Mondim de Basto (€646), Resende (€646) and Lousada (€658).
On the other hand, many of the best salaried districts in Portugal were in the Greater Lisbon Area: Alcochete (€2,331.20), Oeiras (€1,740.20), Lisbon (€1,579.20), Palmela (€1,367.50), Amadora (€1,350.40), Seixal (€1,199.30), Sintra (€1,180.90), Cascais (€1,156.30).
One of the reasons why, in addition to the affluence of Lisbon, Cascais and Oeiras, is the size and type of companies with multinationals and exporters paying higher salaries. 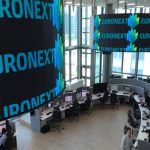 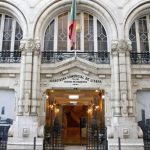 Portuguese SMEs to focus on internationalisationNews, Original
This website uses cookies for a better browsing experience, in continuing browsing you're accepting their use. Read More