Portuguese SMEs to focus on internationalisation

The majority of Portuguese SMEs expect and plan to up their revenues by increasing their international activity in 2019.

This is according to a study conducted by the Portuguese Chamber of Commerce and Industry (CCIP) which was published on Tuesday.
According to ‘InSight,’ organised by the CCIP for the third year running and reported by Lusa, 63% of companies canvassed expect an exports/international business turnover that will grow in 2019 while 26% believe that their exports will remain at the same level and just 4% thought their international activities would decrease.
As to penetrating new markets this year, 86% of companies quizzed expect to increase the number of markets they deal with.
As to the number of SMEs operating in Portugal these remained stable between 2007 and 2009 (1.2 million) and began to dip (but not at a sharp rate) between 2010 (1.09 million) and 2012 before picking up from 2013 to 2017 with 1.26 million.
With regard to last year, 17% of companies asked said that Spain was the market that most contributed to the positive evolution of their overseas activities, followed by France (14%) and Angola, Germany and the United Kingdom with 10% each.
“For 59% of the companies canvassed, 2018 was a positive year, one of growth in terms of their international activities, which apparently reflected manager expectations (56%).
However, and compared with figures from 2016 and 2017, 17% of SMEs admitted their international activities had fallen in 2018 while 36% said last year had fallen to below expectations.
“Objectively, we can affirm that these replies are a snapshot reflection of the slowdown in the rate of exports growth seen from mid-2018” state the authors of the study. 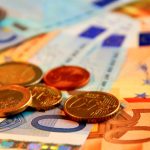 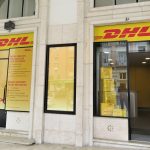 DHL Express opens first own shop in LisbonNews, Original
This website uses cookies for a better browsing experience, in continuing browsing you're accepting their use. Read More