Home valuations made by banks for mortgage purposes have again reached a new all-time high.

According to data from the National Statistics Institute (INE) the value per square metre has gone up for the 26th consecutive month to an average of €1,265.
Between April and May, the average price per square metre increased by €9 or 0.7%, while compared to May 2018 average house valuations have shot up by 7.6%.
The greatest increase on April this year was seen with apartments, with the average valuations of these houses climbing to €1,343 per m2, or by €6 (and an average of €1,137 per m2) for townhouses.
Looking at like-for-like values, apartments are 9% more expensive, while town houses are 5.9% dearer.
At a regional level, in May the largest increase was seen in the Autonomous Region of the Azores (1.8%) while the greatest decrease was seen in Madeira (-2.1%), after having achieved a new record in April.
In like-for-like terms, the biggest increase was seen in the Algarve (11.3%) and the most modest increase in the Azores (3.1%).
At the top of the list, the highest average bank valuation for mortgage purposes was seen in the Algarve (€1,655 per m2), ahead of the Greater Lisbon Area with an average of €1,539 per m2.
The Douro region is €971, Central Alentejo is €1,159 per m2 and Coimbra area at €1,113 per m2.
At the other end of the scale, the lowest average house prices per m2 are to be found in the Beira Baixa region at €876 per m2. 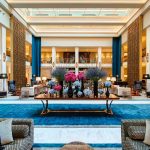 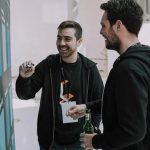