The Portuguese government is to offer almost instant driving licences as part of its bid to speed up administrative procedures.

The measure, part of iSimplex 2019, joins others such as renewing the Citizen Card online and pre-filled IRS forms.
These are part of a total of 119 proposals to modernise and speed up public administration.
Getting a driving licence or renewing an existing one will take just one hour from this year according to the Government.
People will also be able to go online and book slots to be seen by civil servants for many administrative procedures. This already happens at social security offices and family health centres.
The programme iSimplex2019 was presented by the Government today (Friday 5 July) to “simplify the lives of citizens).
In the case of a driving licence, as already happens with urgent passport replacement/renewal requests, it will now “be possible to get the driving licence in the same day as the request is made but will be subject to a surcharge” states the office of the Minister of the Presidency and Administrative Modernisation.
It has not yet been revealed by the Government how much a same-day driving licence will cost.
But in the case of an urgent passport request, according to the site Passporte Eletrónico Português, getting the document on the same day will required a surcharge of €35 added to the basic cost of €95. 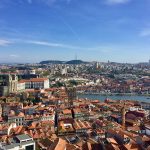 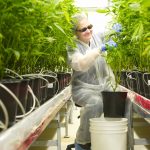 Tilray puts Cantanhede on the European cannabis mapCompanies, News
This website uses cookies for a better browsing experience, in continuing browsing you're accepting their use. Read More