Even if you do live in Portugal, you may never have heard of the small town of Cantanhede near Coimbra.

However, soon the town could become a household name, not only in Portugal, but all over Europe because of one factor: weed production!
One of the most promising cannabis growing companies, Tilray, which produces oils and derivatives for medical purposes, has now officially set up a farm near the town.
According to the agency Bloomberg, Tilray plans to make the Portuguese farm its main cultivation hub in Europe for growing, processing, researching and exporting cannabis all over Europe, a measure which forms part of the Canadian company’s international expansion plan.
Tilray has already received the licences from the European Medicines Agency and Tilray has defined a new organisational structure specifically for the European market.
Brendan Kennedy, Tilray CEO came to last year’s Web Summit to speak about the project in Cantanhede on the main stage. He has now appointed German Arne Wilkens Vice-President to coordinate the company’s expansion in Europe. Wilkens sat on the board of the German pharmaceutical company AiCuris.
The goal of the company which is headquartered in Ontario, Canada, employs over 750 people and has a strong presence in the United States, is to make the United States and Europe its main markets at a time when up until now the business has been Canada focused.
And the cannabis grown and produced in Portugal will have a key role in company’s expansion plans.
Portugal has been highlighted within this emerging sector various times because it as the right climate conditions to grow the plant. 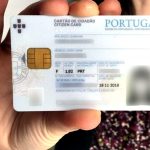 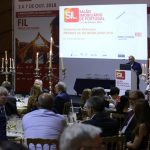 Applications open for SIL Awards 2019News, Property
This website uses cookies for a better browsing experience, in continuing browsing you're accepting their use. Read More