The aviation group comprising the airlines Azores Airlines and SATA Air Azores registered losses of €20.84 million for the first three months of 2019.

According to information sent by the Regional Government to the Legislative Assembly of the Azores Autonomous Region (ALRAA), Azores Airlines, which includes the company’s operations outside the Azores, suffered a €16.85 million loss between January and March while SATA Air Açores, which operates in the region, clocked up €3.99 million in losses.
Both sets of results indicate a greater loss than for the like-for-like quarter in 2018: Azores Airlines reported losses in Q1 of 2018 of €14.5 million and SATA Air Açores – which flies between the nine islands of the archipelago — the net loss was €708,000.
The SATA group closed 2018 with a net loss of €53.5 million, €12.3 worse than in 2017.
The SATA Group has a history of financial problems over the past few years. In January 2015, the airline announced strategic plans to reduce its debts from €179 m to €40 m by 2020 by reducing its fleet and workforce. Under the plan it was renamed Azores Airlines.
In October 2015, SATA Internacional subsequently announced a major rebranding including a name change to Azores Airlines and a change of the colour scheme from blue tones to green tones. At the same time, a fleet renewal with Airbus A330 aircraft had been announced. The first A330 commercial flight took place on 25 March 2016 from Ponta Delgada to Boston.
In September 2016, the airline announced a change of plans regarding their fleet renewal. While plans to phase in a second Airbus A330 were cancelled, Azores Airlines ordered two Airbus A321neo on interim lease for 2017-2019 and four Airbus A321LR which will be delivered in 2019 to replace the interim A321neos. The A310 fleet phase-out was completed in the first months of 2018. 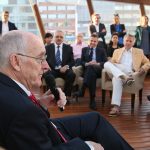