Portugal could soon pay negative yields on its 10-year sovereign bonds in the foreseeable future.

According to IMF president and economist Filipe Garcia, “despite being a rather bizarre phenomena, there is nothing preventing yields on Portuguese government 10-year bonds falling to 0% as we have seen it already fall to 0.30%”.
Interest on Portuguese gilts at various maturities have been falling since the beginning of the year, making it cheap for the country to borrow on the international money markets and service its debt through the provision of 5 and 10 year bond issues.
This fall in yields has increased in recent weeks. Last week, yields on six and seven year bonds hit negative while in the secondary market yields on 10 year bonds hit a historic minimum of 0.28%.
Falling bond yields means that as the coupon on government bonds is set at issue, inflation is the enemy of so-called fixed-income investors: over time it eats away at a bond’s value. Higher interest rates mean lower bond prices and vice versa.
Now there is a situation where investors pay more for a bond than they will get back in interest and repayment of principal.
Falling yields has become a sign of extraordinary efforts by central banks to stimulate growth and inflation. By suppressing borrowing costs for governments, the hope is it becomes easier for businesses and individuals to borrow, invest and spend.
The desire for some form of reliable income has forced buyers towards bonds maturing even further into the future, pushing down yields, and so boosting demand for even longer dated bonds.
In the primary market, the average cost of new debt has reached historic minimums (1.5% in May) and Portugal has never before issued 10-year bonds at such a low cost. On Thursday, Portugal’s Treasury Management & Public Debt Agency (IGSP) headed by Cristina Casalinho, floated 3753 million at 10-years maturity with interest of just 0.51%. 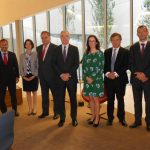 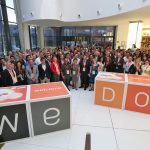 WeDo in Mobileum saleNews
This website uses cookies for a better browsing experience, in continuing browsing you're accepting their use. Read More