A parliamentary inquiry into why a Portuguese public bank recklessly lent €1.2Bn in risky loans, has published its conclusions.

After 36 hearings and 130 hours of questioning various people who were involved in or close to the biggest scandal to rock Portugal’s financial establishment since the collapse of Banco Espírito Santo in 2014, the commission’s findings has been deemed “conclusive”.
Conclusive because it enables the “understanding of the twists and turns of many of the deals and credit loans that led to significant losses at the bank, as well as identifying the different degrees of responsibility (and those responsible) from among the directors, the Government and the Supervisory bodies” such as the Bank of Portugal.
“It is unbelievable that the Caixa bank was used in power struggles” said Cecília Meireles, a Portuguese MP from the CDS-PP party, as the report of the parliamentary inquiry was handed into parliament.
According to a financial audit report from consultants EY, which prompted the parliamentary inquiry, the main reckless loans, including those to the Vale do Lobo luxury golf and residential community in the Algarve, the Berardo Foundation and Artlant created losses of €1,2Bn for the bank.
“It is unbelievable that CGD gambled in real estate deals and was used as a tool in power struggles by various economic groups (including financial ones), putting at risk the sustainability of the banking system, and that the then minister (Minister of Finance, Fernando Teixeira dos Santos) who oversaw these events should state that the Government had “nothing to do with it,”” she said.
At the same time, the MP stressed that a parliamentary commission was “not a court” and any legal consequences were beyond the remit of the MPs. At present, the Bank of Portugal is gauging responsibilities and the Public Ministry is investigating civil responsibilities.
As the third parliamentary inquiry draws to a close, the CDS MP said that a lot that was being done now could have been investigated in the first parliamentary inquiry into the bank’s losses, but had not been because MPs had not been granted access to the EY report, and regretted the opportunities lost to clarify what had gone on at the public bank.
However, Cecília Meireles said they would not rest until they had got to the bottom of “matters that while not clarified had weakened public institutions”. 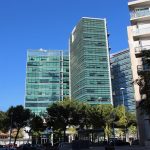 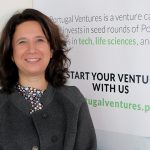 Portugal Ventures a 10-year marriage with a happy divorceNews, Recommended
This website uses cookies for a better browsing experience, in continuing browsing you're accepting their use. Read More