Northern Portugal a magnet for investment

Porto and the north of Portugal are proving to be magnets for overseas investment according to a study from InvestPorto and Ernst & Young.

In 2018, Foreign Direct Investment created 2,754 new jobs in Porto and the north of Portugal, representing 45% of the total registered in the country.
France (46%) and Germany (13%) represented the main countries from which DFI originated, with transport sector manufacturing, digital, the food processing sector and company services sector highlighted.
The report “Porto and Northern Portugal: A Magnet for Investment – Portugal Regional Attractiveness Survey 2019” covered the period 2013 to 2018. It reveals that FDI in Porto and the north of Portugal enjoyed an average annual growth rate of 11.4%.
The region’s popularity as an overseas investment destination is clearly on the rise and accounted for the creation of 2,754 new jobs as a result of FDI projects, representing 45% of the total number of new jobs created nationally (6,100).
Investment was particularly intense in 2017, although the rate of investment cooled slightly in 2018, but showed that FDI growth was higher than the average in Portugal and, indeed, for the European Union – 9.1% for the north of Portugal between 2008 and 2018, compared to 6.6% for Portugal and 5.3% for the European Union.
“This attraction of FDI sets Porto and the north of Portugal apart from the rest of Portugal and, indeed, other regions of the European Union”, says Florbela Lima, Partner EY and Strategy Leader of EY-Parthenon.
“It is based on factors such as lifestyle quality (91%), social climate stability (79%), telecommunications infrastructure (77%), labour costs (75%) and the potential for increased productivity.” (72%).
Hermano Rodrigues, Head of EY-Parthenon says: “This study enables us to understand the current importance of Porto and the north of Portugal, a region that is now one of the top places for overseas investors to invest in Portugal.
“This is down to the region’s attractiveness in terms of investment over the past 15-20 years, particularly in terms of skills sets and infrastructure and has enabled us to attract investment, particularly from innovative and high-technology companies which need a highly qualified workforce”. 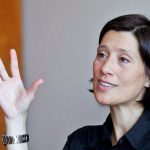 Portugal issues €1.5Bn in bonds at 6 and 12 monthsNews 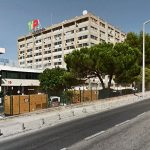 TAP mortgaged headquarters to finance loansAviation, News
This website uses cookies for a better browsing experience, in continuing browsing you're accepting their use. Read More