Portugal’s Finance Minister Mário Centeno is one of the front runners to win the leadership of the International Monetary Fund.

According to Reuters, the confirmation that Centeno, who heads the EU’s Eurogroup, is one of the names on the table was made by an official French government source.
The source said that Mário Centeno is one of five possible names in the running for the plum post after the current incumbent Christine Lagarde left to run the European Central Bank. A deadline of 6 September has been set for applications to be put forward.
Other contenders are Spanish Finance Minister, Nadia Calvino, former Dutch minister Jeroen Dijsselbloem, World Bank chief executive Kristalina Georgieva of Bulgaria and Bank of Finland Governor Olli Rehn, according to the French finance ministry official. Bank of England Governor, Mark Carney, an early frontrunner, wasn’t on the shortlist.
A European traditionally runs the Washington-based IMF and the next leader will confront a world economy at its weakest since the aftermath of the financial crisis. The IMF slashed its global growth rate outlook to 3.2% for 2019.
EU government are said to be divided over who should take up the appointment. Countries in the north of Europe are said to favour Dijsselbloem or Rehn, while in the south the preference is for Nadia Calvino or Mário Centeno.
There has only been one IMF leader from southern Europe in living memory with the appointment of Spain’s Rodrigo de Rato y Figaredo (2004-2007) who was a former Minister of the Economy in Spain. In 2018 Rato y Figaredo was condemned to four and a half years in prison for paying his personal expenses with company credit cards when he headed banks Caja Madrid and Bankia. 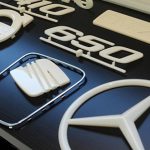 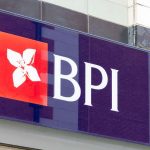 BPI profits plummet 63%News
This website uses cookies for a better browsing experience, in continuing browsing you're accepting their use. Read More