The Torre das Picoas, which was completed last year and is adjacent to the Hotel Sheraton, was sold for €125 million, making it one of the most important and biggest office sales in Portugal seen this year.
The characteristic brass-coloured tower block was sold by the fund FLIT, which is owned by the Portuguese entity ESC Capital.
ESC Capital set an April/May 2018 deadline for interested parties to put in offers and, according to sources, the German fund put in the highest bid.
The tower block designed by Barbas Lopes has been controversial because of both its height (67.8 metres) and because it allegedly occupied a parcel of Council owned land.
The FPM 41 – also known as Building 41 – cost the developer €70 million to build. It has a 22.5 thousand square metre area with 17 floors above ground and six floors below ground level with 221 parking spaces.
It also has a green public space – Praça Picoas – linked to the Alfredo da Costa Maternity Hospital gardens. 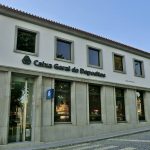 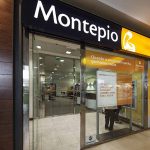 Montepio increases charges thresholdNews
This website uses cookies for a better browsing experience, in continuing browsing you're accepting their use. Read More