Portugal to have 19 new private hospitals

At least 19 new private hospitals are to be built in Portugal in an investment of €750 million by 2020.

Over the last 12 months eight private hospitals were opened and by the end of 2019/20 a further five hospital units are expected to come on line and join 114 pre-existing private hospitals.
The opening of a further three hospitals at an unspecified date are also in the pipeline according to data from the National Statistics Institute (INE).
Some of these new hospitals will be built in Lisbon and Porto, but others will be in areas which up until now did not have private hospitals such as Madeira, the Azores, Vila Real and Viseu.
Despite the Portuguese National Health Service being responsible for 80% of all casualty admissions and over 70% of all surgery operations, private hospitals have seen a boost in growth according to data from the INE.
Of 225 hospitals in Portugal, 114 are private and for the companies that run these private hospitals the increase in projected openings is a sign of consumer confidence in the private sector which has partly been caused by a deterioration in the public one. 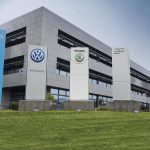 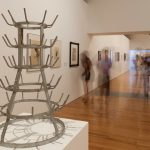 State moves to protect art worksNews
This website uses cookies for a better browsing experience, in continuing browsing you're accepting their use. Read More