Over 14% of petrol filling stations are dry on day three of a lorry drivers strike which is holding the nation’s economy hostage.
By 8.15am on Wednesday morning 545 filling stations didn’t have a drop of petrol to satisfy thirsty motorists who show no sign of cutting back on demand in what is peak holiday season in Portugal.

The situation was manifestly worse for diesel drivers as 790 supply points up and down the country were out of juice.
The Government announced a Civil Requisition order on Monday to minimise the effects of the lorry drivers strike (hazardous goods) over conditions and pay, after a meeting between the Prime Minister António Costa and the President of the Republic Marcelo Rebelo de Sousa. The decision was taken on the grounds that an agreement over minimum services was not being adhered to.
Civil requisition covers a package of measures which the Government has deemed necessary in “particularly serious circumstances” to ensure the “normal operation of essential services or both the public interest and sectors vital to the national economy,” according to a degree-law created in 1974.
On Friday the Government declared a national energy crisis which came into force from midnight on Friday and will remain in place until 21 August on Portuguese territory.
The Portuguese Government is worried over food shortages with António Costa stressing that the Government has declared a “state of crisis” over the strikes. It means that the police and national guard can be called upon to take action to ensure supplies are delivered.
André Matias de Almeida of the National Association of Public Road Freight Transporters says employers’ representatives believe unions will disregard the requirement by the government.
He told Euronews on Monday: “Unions are preparing to default on a government request for minimum services. That’s obvious. That’s why they are not providing a list of drivers so that companies can then allocate these workers to provide it.”
The unions say, however, that it is not up to them to provide lists of workers available. They say they will comply with the government’s demands, but drivers will not work for more than 8 hours at a stretch.
The unions are demanding that the basic monthly salary to be increased from €630 to €900 by 2022 but employers say that with subsidies, supplements and allowances drivers already get a good wage.

Who are the new people changing the face of Lisbon?News, Property 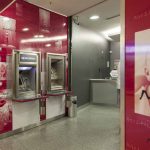 BCP loses 10% share value as investors advised to buyNews
This website uses cookies for a better browsing experience, in continuing browsing you're accepting their use. Read More