Prisa in negotiations with Cofina over TVI

The Spanish media group Prisa is in negotiations with Cofina to offload its share in the media group Media Capital which owns Portugal’s TV station TVI.

The information was issued by Prisa and sent by Media Capital (which controls TVI) to the market regulators CMVM on Thursday.
“Prisa informs that it is holding exclusive negotiations with Cofina in relation to a potential sale of the shareholding that Prisa has in its Portuguese stock market listed subsidiary Media Capital”.
The communiqué was released one day after the Cofina group, which owns the popular tabloid daily newspaper Correio da Manhã, the football title Record, the weekend current affairs magazine Sábado and the business daily Jornal de Negócios as well as 24 h running news site CMTV showed an interest in buying Cofina´s share in Media Capital.
For the business to move forward it will have to get the green light from the competition authority which has already raised objections to the negotiations between Altice, CMTV and TVI24.
The authority has stated that either there is a merger and one of the channels has to disappear, or someone buys CMTV.
By 2014 the Prisa group owned 95% of the Portuguese media company Media Capital which controls TVI and several radio stations including Rádio Comercial, Rádio Clube, Cidade and Best Rock FM. 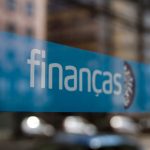 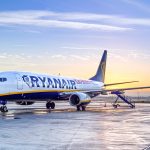 Ryanair closure of Faro base could impact seatsNews
This website uses cookies for a better browsing experience, in continuing browsing you're accepting their use. Read More