In the first six months of 2019 the Portuguese State clawed back €533.6 million in debt owed to the tax authorities.

This was following a voluntary invitation to pay off tax debts in arrears. The coercive programme resulted in an increase of 22% in owed taxes being paid on the previous year.
The daily newspaper Diário de Notícias reported today (Friday 16 August) stated that the amount of tax in arrears clawed back through coercive measures was the highest ever for the first half of 2019.
According to a provisional account, the taxes involved are direct ones – IRS and IRC – from which were salvaged €256.8 million in the first half of the year, 30% more than the same period in 2018 when the amount had been €198 million.
The second largest slice of recovered taxes was from indirect taxes (IMI – Property Tax, VAT, IUC (Car Tax) and ISP – Petroleum and gas products) and which resulted in €135 million, equivalent to a 11% increase like-for-like.
Regarding rates, fines and other penalties, the amount squeezed from defaulters rose 27% like-for-like to €112.7 million, while bounced checks handed to the State represented €3.7 million — three times the amount recovered on the same period last year.
According to the Tax Authority Activity Plan for this year the AT (Autoridade Tributária e Aduaneira) has a target to reclaim between €945 million and €1.1Bn. By the first half of this year the taxman had achieved half of this amount. 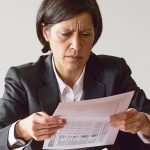 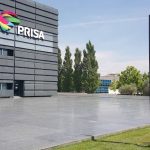 Prisa in negotiations with Cofina over TVINews
This website uses cookies for a better browsing experience, in continuing browsing you're accepting their use. Read More