Delta Cafés, which this year was voted one of the “Best companies to work for in Portugal” has created a completely biodegradable coffee machine capsule.

The announcement was made by the company’s CEO Rui Miguel Nabeiro. The capsule is made of corn flower, cane sugar and cassava and has a shelf life of 90 days.
The company says that it aims to have all of its capsules biodegradable by 2025. The new capsule will be available in the second half of the year and will market under the name eQo with organically grown coffee.
The company also announced that from 2025 all of its departments in Portugal should have solar panels and will be electricity self-sufficient.
Rui Miguel Nabeiro says that Delta will sell “100% Portuguese coffee (from Portuguese plantations of origin) and will be the only European coffee producer of origin in Europe.”
This year its Delta Q brand entered the Polish market via a distribution agreement with Biedronka, the Portuguese supermarket chain owned by the Portuguese group Jerónimo Martins where it will be for sale in 2,900 stores in 1,100 locations. 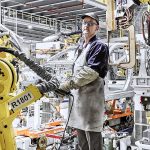 Portugal’s new Labour Law – what it means for investorsNews 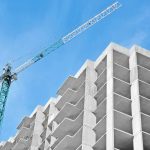 Developers in high attendance at SIL 2019News
This website uses cookies for a better browsing experience, in continuing browsing you're accepting their use. Read More