Most of the money invested was on treasury Certificates but savings bonds also picked up according to data from the Bank of Portugal.
Investments in all Government bonds aimed at the general public totalled €28.855 million in July which is the highest amount ever.
Purchases of treasury certificates grew by €462 million in the first six months of the year to a total of €16.880 million while savings bonds were up €103 million to €11.975 million.
The appetite for investment in State financial savings products has been greater than expected. The Government started the year expecting to shell out €1Bn on five-year Treasury Savings Certificates that had matured.
Government expectations were that the money paid out would now be reinvested in alternative investments, even though part would be reinvested in savings bonds.
However, the President of the Treasury Management Agency – IGCP, Cristina Casalinho has now admitted that estimates were too conservative.
So, instead of money disappearing from the State, more money was being reinvested in state savings products which seem to be replacing Variable Rate Treasury Bonds (OTRV). 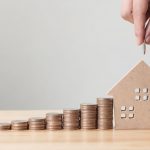 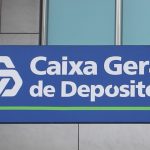 Two banks and a fund in race for CGD BrazilNews
This website uses cookies for a better browsing experience, in continuing browsing you're accepting their use. Read More