Porto to host international congress on the ‘Future of Work’

Porto is to host a major international congress on the ‘Future of Work’ on 19 and 20 September.

The The Labour 2030 congress which will take place at the Alfândega do Porto, will involve the participation of around 150 speakers from all over the world who will discuss the future of the labour market.
The congress aims to continue the debate on the future of work at an international level left over from the first congress in 2017.
The event will be held in an informal and technological environment with key partners such as ILO (International Labour Organisation), ETUI (European Trade Union Institute) and WEC (World Employment Condederation) that will enrich the discussion on the future of work.
One of the key topics will be the role of the ‘influencer’ and a panel will ask if being an influencer is really a profession?
Another pivotal question will be ‘if our vision of the way work will be in the future is already clear, are we prepared?’
The second edition of International Labour 2030 will discuss the inevitable themes around changes that have taken place to labour laws in the era of entrepreneurialism, robots and artificial intelligence.
The more than 150 speakers from 30 countries will exchange ideas and experiences on Labour ‘2030 – Work Innovation. Are you ready? The Future Digital. And it’s On!’
Being an ‘influencer’ is the main occupation of over 20 million people worldwide and the trend is for that number to keep growing since it is a business that involves millions of euros. Companies already use them on their digital platforms and devote a considerable slice of their investment in marketing and promotion to the greatest social media stars contracted from agencies that specialise in this kind of work.
The congress will address who does one become an influencer? How many hours do they work? How do they organise?
Other themes will include: the impacts of robotics, AI and new technology in the work context; work in the field of technological entrepreneurship and startups; new forms of work and intellectual property, industrial relations and the impact of the environment, taxes on labour and social security in a global economy and in the context of multinationals; mobility of workers — from the new migration process to the movement of millennial generations; the future of the labour law in the EU and skills of workers for the labour market of the 4.0 Industry among many others. Further details can be found at www.labour2030.eu 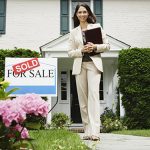 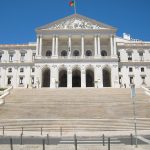 New Housing Law from October 1News
This website uses cookies for a better browsing experience, in continuing browsing you're accepting their use. Read More