Portugal’s new fundamental housing law will come into force from 1 October this year.

Among the various changes from the law is the creation of subsidies for citizens who do not have the financial means to access the private housing market, protection for those facing eviction, regulations aimed at condominiums and the possibility of handing the keys back to the bank in case of continued default on mortgage payments.
The law was approved on 5 July 2019 and was ratified by the President of the Republic on 6 August.
The State will also encourage the use of public buildings which are not being used for public use to be turned over and adapted for housing as part of a change whereby the “State guarantees the right to housing.”
It will also insist that private properties which have been empty for a number of years because of family disputes among heirs should also be turned over to housing, particularly in city centre areas.
The approved document also states that the State should earmark publicly owned properties for rent at affordable rents in line with family incomes.
The new law also covers the state of public properties destined for housing that is either let or sub-let and which will have to be periodically checked in order to prevent irregular or disguised sub-letting, particularly regarding rooms for students.
The law also foresees the creation of a National Housing Programme running for six years to begin with and which will come under the National Housing Council which is responsible for producing an Annual Housing Report.
The same rules will apply at a municipal council level in the autonomous regions (Madeira and the Azores) while local town and city councils will be encouraged to produce and carry out their own housing policies, creating a Municipal Housing Charter, a Municipal Housing Report and a Local Housing Council. These councils may also set their own scale of housing taxes. 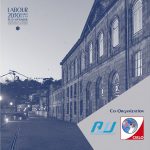 Porto to host international congress on the ‘Future of Work’News 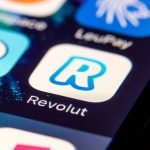 Revolut to hire 400 in PortugalNews
This website uses cookies for a better browsing experience, in continuing browsing you're accepting their use. Read More