New data has confirmed what most already know: house prices have increased significantly in Portugal over the last 10 years.

According to the Bank for International Settlements (BIS), property prices have increased 16.6% in the last decade in Portugal, well above the EU average of 3.3% and slightly more than the international average of 15.4%.
Other EU countries where prices have grown even more are Ireland (+18%), Lithuania (+29.9%), Germany (+30.7%), Austria (+38.3%), Latvia (+45%) and Estonia (+58.7%).
As Idealista property website points out: “Following the international recession, Portugal registered a slower recovery when compared to some of the most advanced economies. Still, after the housing market went into cruise speed, Portugal has been able to maintain one of the fastest growth rates.”
Says the website, Portugal has steered clear of its “southern neighbours” such as Italy and Greece which are still fighting to overcome their price deflation. In fact, data from BIS shows that Portugal’s house prices have increased more than Germany’s since 2006.
Numbers from Portugal’s statistics institute (INE) also show that the average house prices in the country continues to grow this year, while at a more moderate pace.
On average, one square metre of property in Portugal costs €1,011 — with Lisbon unsurprisingly in the lead of the list of the most expensive cities (€3,111/sqm) followed by the nearby towns of Cascais (€2,389/sqm) and Oeiras (€2,062).
In the last three years house prices in Portugal have grown 21.8%, although specialists believe that it is just a matter of time before they stabilise. (Article printed in The Algarve Resident – [email protected] ) 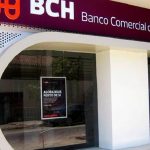 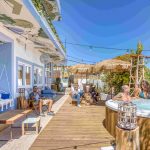 SELINA invest €2 million in Vila Nova de MilfontesNews
This website uses cookies for a better browsing experience, in continuing browsing you're accepting their use. Read More