Ladies European Tour Qualifying School 2019 to be held in Vilamoura

It was to be announced over the weekend that the Ladies European Tour Qualifying School is to be held in Vilamoura in the Algarve in 2019.

Essential Business was tipped off about the forthcoming announcement on Friday by the President of the Advisory Board of the CNIG – Conselho Nacional da Indústria do Golfe (Portuguese Golf Industry Council), Luís Correia da Silva in an exclusive interview.
The announcement was expected to be made in London that the tour would be held in Vilamoura on Portuguese golf courses over two weeks. One week in November, called ‘Pre-Qualify’ in which players from all over Europe can apply (both amateurs (1 and 2 handicap) and professionals) with the 50 best players going on to the Qualifying School. In the second week between 11-15 of December, five rounds of golf will be played and the best of these will win a card giving them the right to play in the following year. In other words, half go to pre-qualify and half going on to play in the next year.
The Ladies European Tour Qualifying School is a gateway for female players to compete at an elite level globally. It is held at the end of each season to establish which players not otherwise exempt, will gain their playing privileges on the Tour for the following season through a qualifying competition.
It is a tough school for one of female golf’s most coveted prizes, namely Membership of The Ladies European Tour, the voice of female golf and a place among the female golfing elite.
The 2020 Ladies European Tour is a series of golf tournaments for elite female golfers from around the world, being played from January through November 2020. The tournaments were sanctioned by the Ladies European Tour (LET). 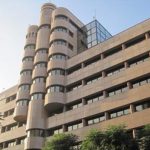 BBVA Seguros up for saleNews 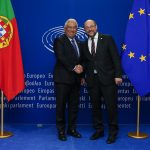 Portugal’s PM to stress the importance of convergence at International Club of PortugalNews
This website uses cookies for a better browsing experience, in continuing browsing you're accepting their use. Read More