Prices have fallen in Portugal for the third consecutive month according to the National Statistics Institute.

The consumer price index variation rate recorded a value of -0.1% in the first month of September after a negative rate of -0.1% in the previous month.
The evolution of prices was published on Monday by the Portuguese National Statistics (INE) in their snapshot of consumer prices. The definitive data will be released on 10 October.
The data released shows that the inflation rate was conditioned by the performance of fuel prices. “The like-for-like performance of the index relative to energy products fell to -3.9% (in August) this rate was -3.5%)”, states INE.
The monthly IPC variation was 1.1% with the statistics office estimating an average variation of the last 12 months of 0.5%, compared to 0.1% registered in August. 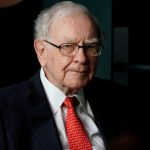 Warren Buffet to invest in PortugalNews 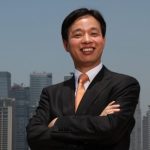 Portugal gateway for Fosun investmentsNews
This website uses cookies for a better browsing experience, in continuing browsing you're accepting their use. Read More