Portugal to pay off €2Bn to EU creditors this week

Portugal is to pay off €2Bn of its bailout loan owed to the EU/ECB troika of lenders on Thursday.

The intention to make the payment had already been made by the Government and the President of the Treasury and Public Debt Management Agency (IGCP), Cristina Casalinho who confirmed that the payment would be made on 17 October.
The payment represents the first tranche of bailout debt to be repaid to the EU by the Portuguese State which was forced to borrow €78Bn in 2011 from a troika of international lenders when the then PS Socialist government of José Sócrates ran out of money to finance the day-to-day borrowing of the state after interest rates on Portuguese sovereign bonds hit an unsustainable 7%.
“It was initially anticipated that Portugal would pay off the parcel of loan between 2020 and 2022 but we have decided to pay off the debt now while market conditions are more favourable”, said Casalinho on the sidelines of a seminar ‘Markets and Public Debt – Challenges within a framework of closer Economic and Monetary Union’ which was held in Lisbon on Monday.
The Deputy Secretary of State for Finances, Ricardo Mourinho Félix had already announced that Portugal would pay €2Bn to the European Financial Stability Fund early. This amount is regarding the loans granted by EU side of the troika and it is the first payment to European creditors after Portugal had completed its last payments to the IMF at the end of 2018.
The current amount in question has to be paid off between 2025 and 2026. So that Portugal can pay the €2Bn to the EFSF it was agreed with creditors that there would also be an early repayment of €500 million to the European Stability Mechanism (ESM) by 2022 and also that the €6.75Bn owed to the ESM and which must be paid by 2021 should have a repayment extension to 2025 and 2026.
On the issue of the readjustments that will enable the early repayments to continue, Cristina Casalinho said that it was a “political decision” and stressed that the actual contractual framework for the loans which are different from those of the IMF, “had structural conditions that favour early repayment.”
Because Portugal paid its debts back early to the IMF at the end of 2018, the State managed to save a total of €1.9Bn. 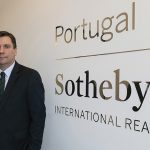 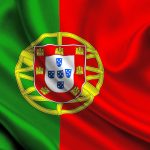 Portugal as a brand worth €190Bn claims consultantNews
This website uses cookies for a better browsing experience, in continuing browsing you're accepting their use. Read More