Portugal is among the countries creating the most millionaires

A report by Credit Suisse predicts that the number of millionaires in Portugal will increase 49% to 2024 – an increase that will only be overtaken by three countries.

Today, there are currently 117,000 Portuguese who have wealth valued at more than €1 million. The data comes from the “Global Wealth Report – 2019” which predicts that over the next five years Portugal will be among the countries that will create the most millionaires.
From the other developing countries, the number of millionaires in Germany, France, Italy and Sweden should rise in line with the world’s average.
Canada and Spain are expected to rise slightly above the average while Portugal and Japan will rise above average according the report.
The US, China and Europe contributed the most towards global wealth growth with US$ 3.8 trillion, US$ 1.9 trillion and US$ 1.1 trillion respectively. This year’s report also provides a deep dive into wealth in the 21st century.
While the century began with a “golden age” of robust and inclusive wealth creation, wealth growth collapsed during the financial crisis and has never recovered to the level experienced earlier. 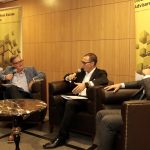 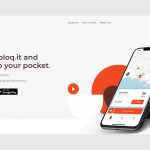