A Portuguese startup which has developed smart lockups that can be used in urban and open spaces via an app has won this year’s Web Summit Innovation Award.

Startup Bloq.it was selected as the most innovative startup at Web Summit by Taikai which sponsored the competition Blockchain Side Pitch Competition during the summit at which 131 startups competed.
“We’re really pleased to have won this competition. It’s the first time that we have taken part in Web Summit and getting this type of exposure means a lot to us, especially knowing that the votes came from the general public at the event,” says the CEO and co-founder of Bloq.it, Miha Jagodic.
The award comes with €1500 mentoring package and office space at Bright Pixel. Bloq.it was founded in 2019 and has developed intelligent lockers that can be opened using a respective application and allows users to store items in a secure space while doing other things. 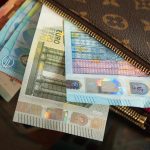 Portugal is among the countries creating the most millionairesOriginal 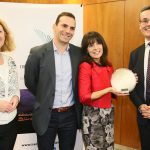