Web Summit 2019, whose theme for this year is the environment and sustainability, is to award €500,000 to the scientists or startup that come up with technology that can detect waste residuals in the oceans.

The fourth edition of Web Summit kicked off on Monday in Lisbon at which the Minister of State for the Economy and Digital Transition announced an award open to the scientific community worth €500,000 to detect waste in the oceans.
“We will launch a €500,000 prize for scientists worldwide to develop a system that detects, locates, and monitors ocean waste in an initiative from the Foundation of Science and Technology with the Portuguese Space Agency and other partners, namely the Portuguese startup Unbabel,” said Pedro Siza Vieira on the TV show ‘Bom Dia Portugal’.
The minister said, “We’re basically trying to see how we can use space technology and Portugal is currently launching a competition to develop a space hub in the Azores for using Artificial Intelligence and space tech to observe the earth and oceans.”
Pedro Siza Vieira emphasised that the Web Summit in Portugal was a platform to call attention to the issue and call on investment from all over the world as well as showcasing Portugal’s profile as a technology sector country.
“From the moment we have been hosting Web Summit we are able to draw the world’s attention to what is happening in Portugal at a technological level and it has helped us to attract a number of important investments for IT development, communication in various areas, from the science of computation to artificial intelligence.
“We have enjoyed various investments in Portugal because important movers and shakers have understood the conditions that we offer in terms of human resources and the security that Portugal has” said the minister. 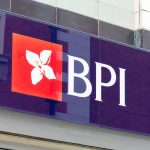 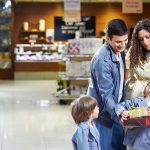 Portuguese families savings at lowest levels everNews
This website uses cookies for a better browsing experience, in continuing browsing you're accepting their use. Read More