Work has begun on the Brazil Residences, a new luxury development for Cascais on the upmarket resort’s Avenida do Brazil.

It comprises eight triplex town homes set in four residential blocks with one V3 and seven V4s.
The development is set in a plot of land covering 4400 m2 which formerly had been a large family mansion which had later been turned into a now defunct college.
The project is by Sérgio Costa of GPCV Imobiliária who bought the land for the project which has a total investment of €6 million.
The developer calls it an “investment opportunity in a privileged area in the borough of Cascais with the potential of developing a differentiating project that will stand out from existing real estate offer in the locality.”
The project is currently in the first stages of construction and was designed by Portuguese architects Sérgio Antunes from the atelier Aurora Arquitectos and António Louro from Furo. The homes will be marketed and sold by Lane Exclusive Real Estate.
The development will have a distinct design which will slot easily into the surrounding environment and will use carefully chosen quality materials. Manuel Neto of Lane says that the Brazil Residences condominium has all the characteristics to attract “young families with one of two children, national and International company owners.
The sale prices will range from €2 million to €2.9 (between €5,312m2 and €6,001/m2) with the completion date set for 2nd half of 2021. 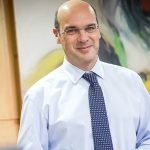 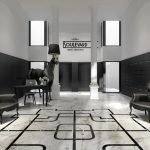 AM48 inaugurates ‘The Boulevard’ in LisbonNews
This website uses cookies for a better browsing experience, in continuing browsing you're accepting their use. Read More