AM48 inaugurates ‘The Boulevard’ in Lisbon

A project involving 46 luxury tourist apartments in the heart of Lisbon has been unveiled.
The Boulevard – Lisbon Apartments is in a refurbished turn-of-the 20th century building in the city’s downtown Praça dos Restauradores on the far south of Avenida da Liberdade between the former Eden Cinema and Hotel Avenida Palace.
The 45 tourist apartments comprise 34 T1 apartments and 12 T2 apartments in a project that has been described as “classy, glamorous and offering luxury services”.
“This is a project that will stand out because of its class, glamour and range of luxury services” states JLL, the real estate consultancy which is mandated with marketing and selling the properties in a co-exclusive regime.
The Boulevard – Lisbon Apartments developed by AM48 will ensure management of the apartments through its brand Abstract.
The Boulevard has been placed on the tourist accommodation circuit, offering a number of integrated services that would be expected from a five star hotel, ensuring the apartments owners a gross 4% annual return on their investment in the first five years through professional management.
In addition to allowing their apartments to be rented out to tourists, the owners can also make use of their properties and respective services for a period of 28 days per year.
The apartments are between 43 m2 and 105 m2 while the development has a reception area, a common lounge area, restaurant and bar area among other luxuries.
The project has maintained the original façade of the building and safeguarded other original early 20th century decorative features. 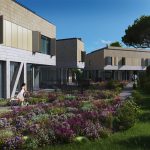 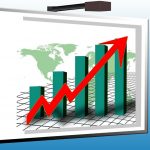 Economists predict 2% GDP for 2020News
This website uses cookies for a better browsing experience, in continuing browsing you're accepting their use. Read More