Port of Leixões could be lithium refinery

The Portuguese government is pressing for Europe’s first lithium refinery to be based at the Port of Leixões in the north of Portugal.

The Secretary of State for Energy, João Galamba, said in an interview with the newspaper Público that the Government wanted to set up a lithium hydroxide refinery so as to capture greater value added from mining.
Lithium hydroxide is mainly consumed in the production of lithium greases. A popular lithium grease thickener is lithium 12-hydroxystearate which produces a general-purpose lubricating grease due to its high resistance to water and usefulness at a range of temperatures.
It is also used in cellphones and breathing gas purification systems for spacecraft, submarines and rebreathers to remove carbon dioxide from exhaled gas as well as in batteries, ceramics and cement. It is worth about €5-6,000 per tonne.
“We want to take a step forward and install a refinery which will place us in a good position to attract investments from battery and power wall factories,” said Galamba.
In particular, Portugal has an eye on the fast emerging battery market for electric cars in Europe. “We have to ensure that in the lithium chain we have the elements in place which create the greatest value added and which in this case is the production of lithium hydroxide,” he said.
The Secretary of State for Energy believes that the Port of Leixões is the ideal location because of its proximity to the lithium mines where the extraction rights have been granted for Covas do Barroso and Montalegre which are still awaiting approval in terms of an environmental impact study.
The Covas do Barroso licence was awarded to Lusorecursos while the licence to mine at Montalegre was awarded to the UK-listed mining giant Savannah.
Plans to mine lithium have come up against considerable opposition from the local population and the minister was in Boticas last week where he was met with protestors.
Savannah Resources has presented plans for an initial €100 million investment to mine land at Covas do Barroso in the Vila Real district that could create 300 jobs.
João Barros, manager of Savannah Lithium Portugal has said that the environmental impact study for the project is being analysed and if all goes according to plan, the company will begin mining late next year.
The company plans to build an alternative road to reduce the impact on the population from the passage of machinery and trucks with the ore being transported to Leixões, near Porto where it will be exported to China. 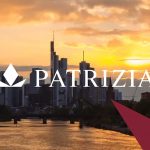 Patrizia to invest €500 million in Portugal and Spain in 2020News 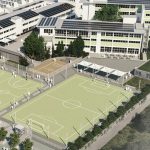