Portugal’s total economic debt grew in September reaching €725,000 million according to the Bank of Portugal.

However, in the third quarter, debt measured as a percentage of GDP shrank to 348.3%. According to data from the central bank, the debt in the Portuguese economy rose to €725,000 million after having been €724,000 million in August 2019. It was the second consecutive rise in debt.
Despite the increase, the quarterly amount, measured against produced wealth, saw a correction. In the second quarter economic debt was at 349% of GDP, but fell back to 348.3% of GDP in the period between July and September.
The €1.9Bn increase is “essentially down to an additional €1.9Bn debt in the private sector and €200 million in the public sector” states the central bank.
In the case of companies, the debt was across-the-board for all kinds of companies, regardless of their size.
The debt of the non-financial sector of the economy provides a measure of the debt of the economy but does not include debt from financial institutions. These amount are not consolidated between sectors, which is why they show such high amounts since they do not discount inter-sectorial debts.
The Bank of Portugal adds that in September, the annual variation rate of the total debt from private companies was 1.5%, 0.1 percentage points less than seen in the previous month. The annual variation rate of total private debt increased 0.2 percentage points to 0. 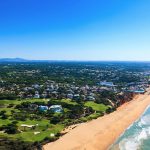 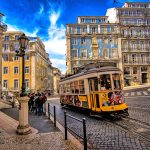 Government provides additional €350 million credit line to SMEsNews
This website uses cookies for a better browsing experience, in continuing browsing you're accepting their use. Read More