Portugal’s public-owned bank Caixa Geral de Depósitos (CGD) has commissioned a study from business school Nova SBE into ruinous loans made to the Algarve’s Vale do Lobo luxury resort a decade ago.

At issue are loans which led to losses of almost €300 million and which centre around the economic and financial presuppositions that permitted a loan of €194 million to the resort.
According to an article published in the newspaper Jornal Económico today, a source close to the legal case says that the study requested from Nova SBE should serve as a technical basis for a legal evaluation for an eventual law suit against the former directors who applied for the loan.
The €300 million loss is one aspect of a legal investigation in Portugal called Operation Marquês which includes the name of former prime minister José Sócrates.
The Vale do Lobo case has also demanded explanation from the current governor of the Bank of Portugal, Carlos Costa after it was discovered that he spent holidays there in 2013 and 2014 when the project was already in loan default to CGD.
Caixa Geral de Depósitos sold the loans that it held in the Vale do Lobo management company to a fund held by ESC Capital, a fund management company managed by António de Sousa and Fernando Esmeraldo.
Through this transaction the Portuguese fund took over the running of the resort from the former directors led by Diogo Gaspar Ferreira who had been in front of the company that had managed Vale do Lobo since CGD financed the resort’s purchase.
CGD invested in the resort in 2006 in a decision involving the then President of CGD, Armando Vara.
Essential Business would like to stress that the current management of Vale do Lobo have nothing to do with the former administration and that the resort today is in a financially sound position and is competently managed. 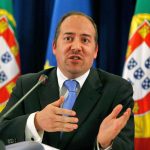 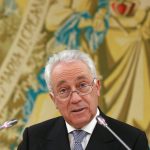 Portugal’s economic debt grows to €725,000 million in SeptemberNews
This website uses cookies for a better browsing experience, in continuing browsing you're accepting their use. Read More