Portugal may have had the second highest price reduction in electricity in the European Union but it still practises among the highest tariffs in the EU.

Last year, Portugal had the second highest electricity charges after Denmark, but with price cuts, Portugal has now fallen below the European average for the first time since 2014.
Nevertheless, it continues to be in the top 10 most expensive member-states both for gas and electricity.
The fall in the price of electricity in Portugal was 4.1% in the first half of the year according to data from the EU’s statistics office Eurostat which were released on Tuesday.
With the price cut the average cost of electricity in Portugal is €0.2154 per kWh is now below the €0.2159 per kWh.
For the first half of 2019, Germany, Denmark, Belgium, Ireland, Spain, Italy and Cyprus had costlier electricity. But Portugal’s electricity is still more expensive than the UK, the Netherlands, Austria and Sweden as well as the newer members of the European Union such as Bulgaria, Hungary and Lithuania which practised the lowest tariffs in the EU.
This is the first time in five years that Portugal is below the European average according to the Energy Services Regulator (ERSE) in a communique.
“The reduction has not, however, stopped Portugal from continuing to be the eighth most expensive electricity supplier in the EU. Taxes and levies are responsible for 49% of the total price paid by consumers” states the ERSE.
With regard to natural gas, Portugal is even more expensive in table of prices. In the first half of 2019 it practiced the fifth costliest prices in the EU, ahead of Spain, France, Germany and well above the EU average. 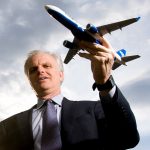 Neeleman looking to sell his capital share in TAPNews 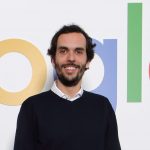 Greater digitalisation in tourism could create 50,000 jobs in PortugalNews
This website uses cookies for a better browsing experience, in continuing browsing you're accepting their use. Read More