Portugal is unprepared for another global economic crisis such as the sovereign debt crisis which brought the country to its knees in 2011.

The former head of Portugal’s Council for Public Finance, Teodora Cardoso told the weekly newspaper Expresso “We have not invested enough in consolidating our budgetary position. For example, in the case of employment we are hugely dependent on tourism. Tourism, in turn, depends on the international economy.
“Our exports sector is achieved important improvements but also depends a lot of the markets it is exporting to” she says.
Teodora Cardoso also argues that Portugal’s account books are being balanced by the current government by cutting expenditure yet it as done so without making a through review of expenditure.
“The current policy works by changing the type of cuts. They made the ‘troika’ cuts and then made other cuts which were not so visible until the problems from these began to be visible, such as in the case of the Portuguese national health service” (SNS), she explained.
On Portugal’s ambitions to produce a trains, Cardoso said that the Portuguese market did not have the scale to compete in the train production industry. “These industries, as we know, require huge economies of scale with two or three companies in the world that do this. Our market doesn’t have the scale for anything like this as is obvious” she stressed.
The economist also raised questions at the idea of building a lithium refinery in Portugal. “I’ve recently seen in the newspaper two things in relation to public investment which make me worried. One was the idea, which could even be a good one, of exploring and refining lithium. Perhaps there are good reasons for doing so. However that’s just not the way things should be decided.”
“We have already seen big investment projects X projects over the years that looked like they would make us leaders in one area or another but ended up like Caixa Geral de Depósitos – bust!”
Cardoso stressed that one needed to know what these projects consisted of and what was their economic rationale and the risks involved. 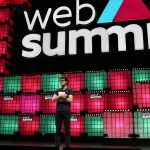 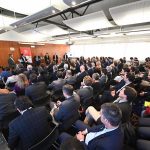 Construction industry needs more industrialisationNews
This website uses cookies for a better browsing experience, in continuing browsing you're accepting their use. Read More