The actual costs to Portugal of hosting the Web Summit are sill shrouded in mystery according to the weekly newspaper Expresso.

The known costs of the summit in 2019 were €15.7 million but there are additional costs for services that have not been accounted.
In fact, doubts abound as to how much the State paid for the event apart from the €11 million paid annually to the company owned by Paddy Cosgrave for the privilege of hosting the event in Portugal.
In the shadows are the costs, revenues and taxes that Connected Intelligence Limited (CIL), the company that organises the summit, gets and pays in Portugal.
What is know is that this year an additional amount of €4.7 million was added to the €11 million — which was paid out of the Lisbon tourism tax.
The additional amount is supposedly to offset the imbroglio caused by the delay in works to expand the trade fair site at Parque das Nações – FIL – which Lisbon City Council had taken on with the owner of Web Summit.
In fact, Lisbon Council was only able to meet the promised expansion delivery by putting up and an addendum which was added to the signed contract with CML which changed the deadlines for expansion but this extra expense was not just for paying temporary tents.
This sum would also have been used to pay the fees for renting the space at FIL and Altice Arena as well as the overtime charged by the Portuguese Industrial Association which owns the fair site Feira Internacional de Lisboa (FIL). In addition the funds were used to pay to purchase telecommunications equipment.
“The Lisbon Tourism Fund (Fundo Turístico de Lisboa) invested in boosting the installed capacity of the physical equipment necessary to ensure the Wi-Fi quality.” 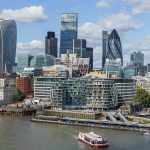 Portuguese companies continue to look to the UK to expandNews 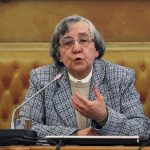 Portugal unprepared for a crisis says economistNews
This website uses cookies for a better browsing experience, in continuing browsing you're accepting their use. Read More