Portugal kicks €532 million of debt into the long grass

Portugal has postponed the repayment of €532 million of public debt that is due to mature in 2021.

In a sovereign bond exchange operation (TO), its Public Debt and Treasury Management Agency (IGCP) has issued, as offsets, new bonds that will only reach maturity in nine to 15 years.
This was the sixth debt exchange operation undertaken this year by the IGCP and is in line with the agency’s policy of making the most of current low interest rates on borrowing on the international money markets so as to be able to issue bonds at a cheaper cost and extend the maturity until the payouts.
The total amount of bonds “kicked into the long grass” to paid out later since the beginning of the year has now reached €4.3Bn.
The agency led by Cristina Casalinho bought, on the one hand, €532 million of MOs that will reach maturity on the 15 April, 2021. In exchange, the Treasury has issued €360 million in bonds that will mature on 17 October 2028 and another €172 million that will mature on 18 April 2034.
This exchange of debt enables the agency and therefore the state to ease and phase payments to the market over the coming years so as to avoid a backlog of accumulated payouts on maturity at the same time.
In 2021, the amount of payouts will be particularly demanding with over €10Bn to be paid out to investors. 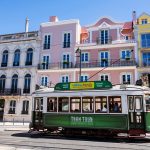 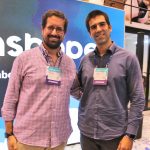 DreamShaper – turning dreams into startupsNews, Recommended
This website uses cookies for a better browsing experience, in continuing browsing you're accepting their use. Read More