US ups the pressure on Portugal over China’s Huawei

The US Secretary of State, Mike Pompeo warned the Portuguese Government on the risk of having the Chinese company Huawei operating 5G technology in Portugal on Thursday.

Meeting with the Portuguese Foreign Minister, Augusto Santos Silva, Pompeo said,”The Communist Party of China will have no hesitation in using any resource that it has to hand to repress its own people and others around it in the world”.
The US foreign minister also made it clear that the United States would continue to work to impede Chinese plans.
“We recognise the sovereignty of all nations, but we have tried to make it clear to our allies about the risks involved. We want to ensure that China’s economic advantage is not used to repress democratic voices anywhere, in Portugal, in Europe or in the United States” said Pompeo.
Santos Silva stressed the significant investments the Chinese had already made in Portugal in sectors like power, banks and insurance and said that the country was “open to overseas investment”.
The Portuguese minister said that in addition to China and the United States, Japan, South Korea, Angola and Brazil had made considerable contributions to the development of the Portuguese economy.”
However in the lead up to the meeting and expected US reaction, the head of Huawei said that Portugal would only “be left behind” in launching 5G.
Portugal “has always been a pioneering country” but “is being left behind” regarding the launch of 5G said José Matos Maria, Head of Huawei Portugal in a press conference this week.
“Portugal has always been a pioneering country but I don’t feel this is happening regarding 5G where it is being left behind” said Matos Maria, Key Accounts Director of the Chinese company.
João Matos Maria warned of the consequences and errors that could arise should the Government decide to accelerate the 5G uptake process. “Actually I hope that we don’t rush things through. For example, allocating part of the band that isn’t sufficient to take 5G and, the, being construed a few years down the line” he said.
The Chinese company has been repeatedly accused by the US government of being a stooge of the Xi Jinping regime in China for international spying operations in China’s favour, an accusation that the company has always vehemently denied.
The US is also concerned that Portugal will be used by China in its One Belt One Road policy, particularly over the Port of Sines, which it fears is a bid to world economic domination by the back door that could displace the US as the largest and most powerful economy in the world. 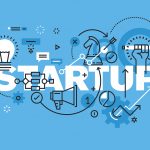 Got a brainwave? Get a Portugal Start-UP VisaNews, Recommended 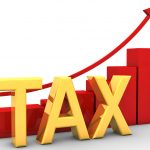 Portugal’s taxes among the highest in OECDNews
This website uses cookies for a better browsing experience, in continuing browsing you're accepting their use. Read More