344 richest in Portugal have fortunes over €1.7Bn

The 344 wealthiest in Portugal – which for the Portuguese tax authorities means assets and property worth over €5 million — represented almost 1% of Portugal’s GDP in 2018.

Based on the profile from Finanças, 50% of these people were aged between 51 and 70, 82% were Portuguese passport holders, 95% were resident in Portugal with a half living in Lisbon (52%) while 70% do not have children.
From the income declared by these tax payers, 58% was from assets, 47% from income from property and 44% from overseas income. Between these 344, there are seven with an extremely significant patrimony, which according to the Forbes list, the Amorim and Soares do Santos families are the richest in the country.
According to Correio da Manhã, apart from the Tax Authority having analysed these 344 tax payers, it also identified 688 which had income over €750,000 per annum of which 631 have relationships with companies considered big tax payers.
All of these people are part of the 1,679 sole person tax payers which are listed by the Portuguese tax authorities.
The Secretary of State for Fiscal Affairs, António Mendonça Mendes revealed this week in Parliament that “Fisco” more than doubled the number of tax paying individuals with a high net worth and which are listed by the tax authority’s High Net Worth Tax Payers Unit which was created after “over 921 tax payers were discovered with a high asset worth”. 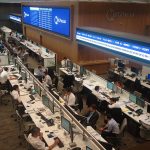 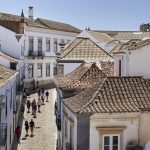 Local accommodation in Algarve worth €980 millionNews
This website uses cookies for a better browsing experience, in continuing browsing you're accepting their use. Read More